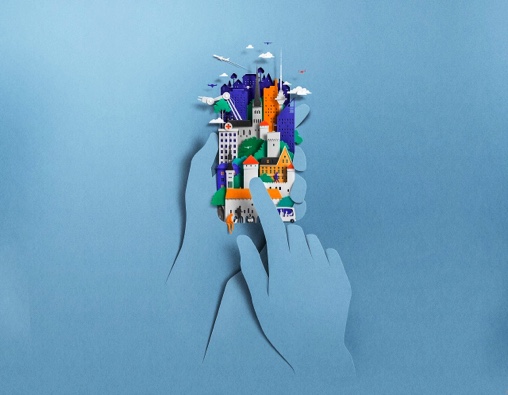 Its government is virtual, borderless, blockchained, and secure.
Has this tiny post-Soviet nation found the way of the future?

Today, [Estonian] citizens can vote from their laptops and challenge parking tickets from home. They do so through the “once only” policy, which dictates that no single piece of information should be entered twice. Instead of having to “prepare” a loan application, applicants have their data—income, debt, savings—pulled from elsewhere in the system. There’s nothing to fill out in doctors’ waiting rooms, because physicians can access their patients’ medical histories. Estonia’s system is keyed to a chip-I.D. card that reduces typically onerous, integrative processes—such as doing taxes—to quick work. “If a couple in love would like to marry, they still have to visit the government location and express their will,” Andrus Kaarelson, a director at the Estonian Information Systems Authority, says. But, apart from transfers of physical property, such as buying a house, all bureaucratic processes can be done online.

Estonia is a Baltic country of 1.3 million people and four million hectares, half of which is forest. Its
government presents this digitization as a cost-saving efficiency and an equalizing force. Digitizing processes reportedly saves the state two per cent of its G.D.P. a year in salaries and expenses. https://goo.gl/iwMb2B