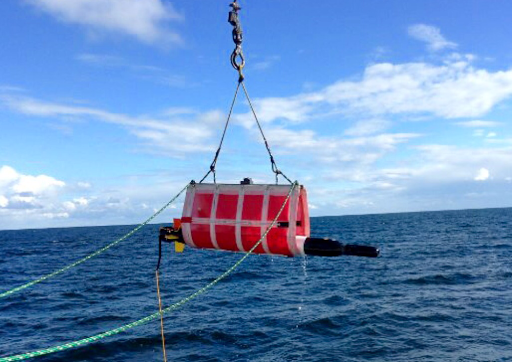 Our project “Towards the Monitoring of Dumped Munitions Threat” (MODUM) was approved by the NATO Science for Peace and Security (SPS). This international project cooperates closely with CHEMSEA (Search and Assessment of Chemical Weapons) Project for and sharing and knowledge transfer.   International Dialogue on Underwater Munitions (IDUM), with our NATO Science for Peace and Security (SPS) MODUM Partners, will host a “Young Scientist Summer School Summer School on Sea Dumped Weapons”, at Nova Scotia Community College (NSCC), Dartmouth Waterfront Campus, Nova Scotia, Canada from 27 June till 1 July 2016. The course will include an overview on global dumping of weapons in national and international waters from the 1920’s up-until the 1970’s, when dumping of weapons ceased after governments begin to understand the environmental impact.     Students who wish to attend the course should be interested, in marine science and oceans protection. The course will include concepts of employing underwater vehicles for survey techniques for the detection and mapping of underwater weapons and remote operated underwater vehicles for intrusive and non-intrusive investigations and monitoring of chemical releases from underwater munitions sites.   Students, who are interest to attend the course must request a registration form from diana.pyrikova@gmail.com to fill-out and return the registration form with a brief background on yourself. The cost for students to attend the course is 500USD. Travel, accommodations and meals are the responsibility of the students. Personnel, who are already employed in the environmental services industry and wish to attend, will be considered on a case-by case bases and availability. We encourage both students and personnel working in the environmental services industry to apply for this opportunity to lean more about Policy, Science, Technology and Responses to Underwater Munitions.     NATO Science for Peace and Security (SPS) MODUM Partners are the Institute of Oceanology Polish Academy of Sciences; International Dialogue on Underwater Munitions (IDUM), Canada; Shirshow Institute of Oceanology, Russian Academy of Sciences, Kaliningrad, Russia; Aarhus University, Roskide, Denmark; Thunen Institute of Fisheries Ecology, Cuxhaven, Germany; VERFIN, University of Helsinki, Finland; Environment Protection Agency Vilnius, Lithuania; Tailinn University of Technology, Tailinn, Estonia. Our associated partners are Royal Military College of Canada (RMC); and University of Georgia. Further Information More
Posted by Unknown at 9:02 AM

This is how far seas could rise thanks to climate change

Picture yourself on a beautiful beach, anywhere in the world. Your favourite beach, maybe. The waves are lapping on the shore, the Sun is sparkling over the water and there is a refreshing ocean breeze. 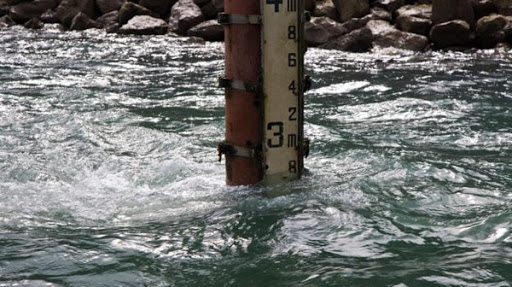 Now imagine this beach has gone forever. Sea level has risen and the shoreline has moved inland by hundreds of metres, drowning stretch after stretch of former coastline in the process.

It might be a struggle to envision dramatic transformations to such familiar places, but climate change scientists say there is overwhelming evidence that sea levels are indeed rising, and at a rapid rate. So how high will sea levels go? And at what cost to coastal communities?

It was in the early 20th Century that scientists first realised that sea levels were on the move.

In 1941 Beno Gutenberg, a geophysicist, analysed the data from tide gauges – instruments along coastlines that measure sea level – and noticed something odd. Over the period that reliable tide gauge data existed at the time – about 100 years – sea level was rising.

Tide gauge data is now considered quite unreliable, but in 1993 NASA and the French space agency sent satellite-borne radar altimeters into space. Consequently we now have a much more accurate picture of sea level over the entire globe. These instruments confirmed that sea level is rising.

We now know that our warmer climate is driving the change. For instance, simple physics tells us that as water warms up, it expands.

“Thermal expansion through warmer ocean waters was the largest contributor to global sea level rise over the past century,” says John Krasting, a physical scientist at the US National Oceanic and Atmospheric Administration’s Geophysical Fluid Dynamics Laboratory.

This thermal expansion will continue, but there is another, more notorious problem that could lead to really dramatic changes in sea level in the future: the melting of the world’s glaciers and ice sheets could release vast quantities of water into the oceans. How bad could it get? More

Washington: A massive leak of documents has blown open a window on the vast, murky world of shell companies, providing an extraordinary look at how the wealthy and powerful conceal their money.

Twelve current and former world leaders maintain offshore shell companies. Close friends of Russian leader Vladimir Putin have funneled as much as $US2 billion through banks and offshore companies. Those exposed in the leak include the prime ministers of Iceland and Pakistan, an alleged bagman for Syrian President Bashar Assad, a close friend of Mexican President Enrique Pena Nieto and companies linked to the family of Chinese President Xi Jinping. Add to those the monarchs of Saudi Arabia and Morocco; Middle Eastern royalty; leaders of FIFA, the international body that controls international soccer; and 29 billionaires included in Forbes Magazine's list of the world's 500 richest people. Also mentioned are 61 relatives and associates of current country leaders, and 128 current or former politicians and public officials. The leak exposes a trail of dark money flowing through the global financial system, stripping national treasuries of tax revenue. The data breach occurred at a little-known but powerful Panamanian law firm, Mossack Fonseca & Co., which has an office in Las Vegas, a representative in Miami and presence in more than 35 other places around the world. The firm is one of the world's top five creators of shell companies, which can have legitimate business uses but can also be used to dodge taxes and launder money.  More than 11.5 million emails, financial spreadsheets, client records, passports and corporate registries were obtained in the leak, which was delivered to the Suddeutsche Zeitung newspaper in Munich, Germany. In turn, the newspaper shared the data with the Washington-based International Consortium of Investigative Journalists. More
Posted by Unknown at 4:43 PM