Sea levels could rise a metre by 2100

The federal government's climate commission says global warming could cause the world's sea level to rise up to one metre by the end of the century - higher than previously thought. 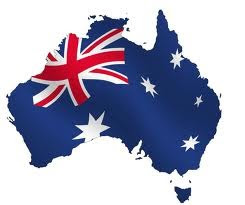 The commission, established by Labor to spruik the case for tackling dangerous climate change, is also calling for a fresh approach to reducing carbon emissions.

It suggests that rather than focusing on interim targets based on percentage cuts, governments should commit to emitting no more than an agreed carbon dioxide "budget" by 2050. This so-called budget approach would allow greater flexibility and encourage investment in the most-effective technologies rather than quick-fix solutions.

The commission is releasing its first major report, The Critical Decade, on Monday.

That's higher than the Intergovernmental Panel on Climate Change's top range of 0.18m to 0.76m.

Commissioner Will Steffen, a Canberra-based climate scientist, made the assessment after surveying the existing literature and speaking to experts.

"Some people may take issue with that - but that's my judgment," Professor Steffen told AAP ahead of the report's release at Parliament House.

The report states that even a rise of 0.5m could lead to an increase in extreme flooding events for coastal areas of Sydney and Melbourne "by factors of 1000 or 10,000 for some locations". More >>>

SANTA CLARA, Calif. (KGO) -- SmartMeters were supposed to be the first step toward a new kind of interconnected power network, called the smart grid. However, concerns over health risks have stalled progress. Now there's an effort under way to get the smart grid moving again. 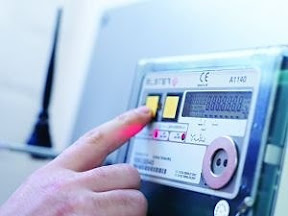 SmartMeters have generated more opposition than PG&E ever expected.

"We never realized at the time that they would become so front and center to peoples' primary focus of concern," said PG&E Sr. Vice President Tom Bottorf.

They were designed to be an information gateway linking consumers to the power grid. Instead, health concerns surfaced, while talk of an interconnected smart grid faded.

"The critical thing is to bring them together and to have a different kind of dialogue under one roof," said Connectivity Week organizer Anto Budiardjo.

As the world continues to add close to 80 million people each year, high population growth is running up against the limits of our finite planet,

threatening global economic and political stability. To stay within the bounds of the earth’s natural resources, the world’s population will have to stabilize.

The United Nations’ recently revised “medium” projection shows world population exceeding 9 billion by 2045. In the “high” projection, which assumes high levels of fertility, world population would top 10 billion by the same year. But spreading hunger and poverty, along with the conflict and disease that come with them, could forcibly curtail growth before we reach 9 billion. Alternatively, the “low” projection suggests it is possible for world population to peak at just over 8 billion around 2045 if we voluntarily make rapid reductions in family size. More >>>