No margin for error

The veteran global investor Mohamed El-Erian, who runs Pimco and has lived through many a financial crisis, recently issued a report describing the new, perilous state of today's global economy.
He described it like this: "The world is on a journey to an unstable destination, through unfamiliar territory, on an uneven road and, critically, having already used its spare tire."

I like that image. America used its spare tire to prevent a collapse of the banking system and to stimulate the economy after the subprime market crash. The European Union used its spare tire on its own economic stimulus and then to prevent a run on European banks triggered by the meltdown in Greece. This all better work, because we're not only living in a world without any more spares but also in a world without distance. Nations are more tightly integrated than ever before. We're driving bumper to bumper with every other major economy today, so misbehavior or mistakes anywhere can cause a global pileup.

And that leads to the real point of this column: In this kind of world, leadership at every level of government and business matters more than ever. We have no margin of error anymore, no time for politics as usual or suboptimal legislation. But what does that mean,
"leadership"? More >>>
Posted by Unknown at 9:00 PM

About 24 municipal buildings in Southern California are about to help ease the strain on the grid created by the peak need for air conditioning on hot California afternoons.

Over the next few weeks, a consortium of municipal utilities in California will begin retrofitting government offices and commercial properties with systems that use ice made at night using cheap surplus wind power to replace air-conditioning that they would have required during the afternoon.

The first cheap energy storage cooling units housed at distributed sites on the buildings will be networked, providing utilities with a resource that can be dispatched as needed to help manage demand on the grid. If the pilot project works as expected, it will demonstrate savings, such that if put into general use, would reduce fuel consumption by state utilities by up to 30%, and by individual building owners by up to 90%. More >>>

The Cayman Islands needs to consider off peak electricity rates to enable similar technology to be used here. These islands must move towards energy efficiency and efficiency. Editor
Posted by Unknown at 12:42 PM

Christiana Figueres, daughter of a former president of her country, is the new executive secretary of the United Nations Framework Convention on Climate Change (UNFCCC).

UN secretary-general Ban Ki-Moon said he was 'grateful' to Mr de Boer for his 'dedicated service and tireless efforts' on behalf of the climate change agenda.

He said: "She is an international leader on strategies to address global climate change and brings to this position a passion for the issue, deep knowledge of the stakeholders and valuable hands-on experience with the public sector, non-profit sector and private sector." More >>>
Posted by Unknown at 12:27 PM 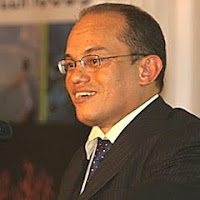 PARIS, May 7 , 2010 (IPS) - Faced with rising sea levels, dying coral reefs and decreasing fish stocks, small island developing states (SIDS) are feeling the effects of ocean decline, and they want wealthier countries to do more to ensure the survival of the world’s seas and other waterways.

"We are seeing the threat that fisheries will collapse, the threat of tourism-collapse and the loss of biodiversity," said Rolph Payet, special advisor to the President of the Seychelles.

"Some people think that this is just a simple matter to be brushed aside, and to continue with business as usual, emitting greenhouse gases (GhGs) as usual,'' Payet said. "The data shows us that we should be worried, and we should be acting. In fact we should have acted yesterday," he said.

His comments came at the fifth Global Oceans Conference taking place here at the United Nations Educational, Scientific and Cultural Organisation (UNESCO). The May 3-7 meeting has brought together 823 delegates from 80 countries, including many developing nations. More >>>
Posted by Unknown at 8:54 PM

When it comes to industrial compounds that contribute to global warming, not all molecules are created equal.
Some molecules trap significantly more infrared heat in the Earth's atmosphere than others. Furthermore, these compounds keep heat locked up for a longer periods of time than chemicals that could accomplish the same industrial tasks with less impact on global warming, say scientists who ranked hundreds of compounds for their ability to retain or reflect heat.
Scientists at NASA and Purdue University looked at infrared wavelengths that typically are clear sailing for sunlight reaching Earth to be reflected back into space. The team found that compounds containing fluorine atoms lock in more heat than those laced with chlorine or hydrogen. More >>>
Posted by Unknown at 10:29 PM

SRS Energy’s unique thinfilm solar tile, the Solé Power Tile has just passed a key milestone. SRS Energy has obtained an ETL listing report certifying the Solé Power Tile has passed the testing associated with the Underwriters Laboratory (UL) UL 1703 standard. Passing this is the prerequisite for any solar photovoltaics to be approved by the State of California as eligible for CSI rebates from utilities. More >>>
Posted by Unknown at 3:11 PM