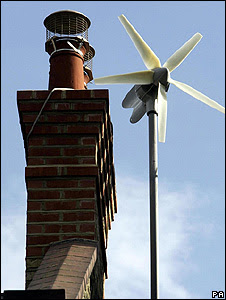 Despite almost universal awareness of the threat posed by climate change, households are still left feeling powerless to act, says Paul King. In this week's Green Room, he sets out his vision that he believes would kick-start a "refurbishment revolution".

A searing summer heatwave might not seem the most obvious time to talk about how we keep our homes warm during the winter; but the two things are closely related.
Recent temperatures in the UK and elsewhere give an indication of what life will be like much more frequently unless we get to grips with the greenhouse gas emissions that cause climate change.
Shrinking ice sheets and images of polar bears might attract the headlines.
But it will be premature deaths through heat stroke and respiratory problems, failed harvests, wildfires, social disorder and mass migration that will make climate change a reality for people across the globe. More >>>
Posted by Unknown at 3:36 AM