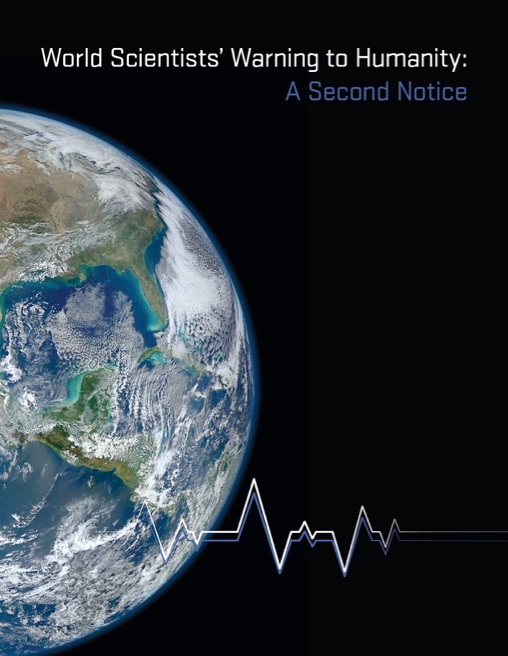 A chilling research paper warning about the fate of humanity has received 4,500 additional signatures and endorsements from scientists since it was first released last year.

The paper—"World Scientists' Warning to Humanity: A Second Notice"—was published in November 2017 in the journal Bioscience and quickly received the largest-ever formal support by scientists for a journal article with roughly 15,000 signatories from 184 countries.

Today, the article has collected 20,000 expert endorsements and/or co-signatories, and more are encouraged to add their names.

The "Warning" became one of the most widely discussed research papers in the world. It currently ranks 6th out of 9 million papers on the Altmetric scale, which tracks attention to research. It has also inspired pleas from political leaders from Israel to Canada. Read More