We’re altering the climate so severely that we’ll soon face apocalyptic repercussions. Sucking carbon dioxide out of the air could save us.

That's why the NAS took a thorough look at potential negative-emissions technologies. 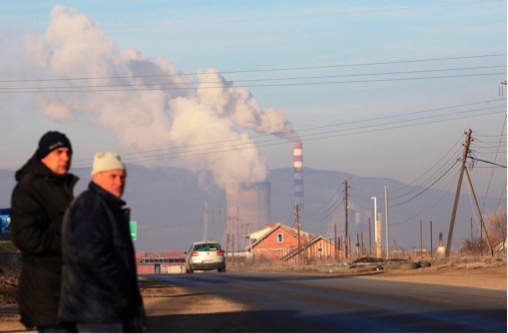 "Most climate mitigation efforts are intended to decrease the rate at which people add carbon from fossil fuel reservoirs to the atmosphere. We focused on the reverse - technologies that take carbon out of the air and put it back into ecosystems and the land," Stephen Pacala, a professor at Princeton University and chair of the committee behind the report, said in a statement.

The authors looked at a variety of strategies. As Kate Gordon, a fellow at Columbia University's Center on Global Energy Policy, described it, the approaches range "from literally planting trees and agricultural practices that help keep carbon in the ground, all the way to engineered technological solutions that actually take carbon directly out of the atmosphere through machines."

On the simpler end of the spectrum are options like re-foresting areas that have been logged and using no-till farming practices that keep more carbon in soil. Then there are ways to burn biological material (which traps carbon as it grows) to create energy and catch the CO2 they emit before it gets into the air. "

" A more promising option, they said, is to invest in technologies that essentially filter out CO2 molecules from the air around us. These technologies are still in early development stages, but usually involve materials that naturally attract and bind with carbon.

"It's like draining a bathtub — like pulling the plug and letting a little bit of the water out. It's actually not that sophisticated or crazy," Gordon told Business Insider.

That carbon would then get concentrated and stored, perhaps by injecting it into pores in deep underground rock, which is essentially where it came from in the first place. There's not much limit to how much CO2 these potential technologies could capture and store.

We need this kind of intervention immediately, according to the authors. " Read More