The Sunday Times - February 1, 2009 To stop the world warming we have to cut our carbon emissions to African levels. It may be crippled and reviled, but Britain’s banking industry is likely to become one of the nation’s key assets in dealing with climate change, according to Lord (Nicholas) Stern.

Speaking at the World Economic Forum in Davos last week, Stern suggested that Britain’s banks and other financial institutions would be an essential element in building the low-carbon infrastructure the country will need if it is to achieve its emission-reduction targets. He also believes such investments could help them rebuild their profits.

“Banking could do very well as Britain moves to a low-carbon economy,” he said. “There will be lots of business opportunities and Britain’s bankers are particularly strong in this area. They have been very creative over all kinds of issues and they could do it again in the financing of green initiatives.”

Stern, former chief economist at the Treasury, is among Britain’s most influential economists. Two years ago he published The Stern Review: The Economics of Climate Change, which described climate change as the “greatest and widest-ranging market failure ever seen”. More >>>
Posted by Unknown at 11:18 PM

The Center for Research on Epidemiology of Disasters (CRED) released disaster figures for 2008 at a joint press conference with UNISDR in Geneva on 22 January.

The figures showed a marked increase in deaths and economic losses in 2008 from disasters compared to the 2000-2007 yearly average. Disasters in 2008: Killed 235,816 people – three times more than the annual average of 66,812 for 2000-2007. The death toll is attributed to two major events:
Cyclone Nargis in Myanmar (138,366 dead) and the Sichuan earthquake in China (87,476 dead).
Affected 211 million people – below the 2000-2007 annual average of 231 million.
Caused economic losses of US$178 billion – double the annual average for 2000-2007 of US$81 billion. The Sichuan earthquake alone caused half of the total damages (US$85 billion).
Analysis of the disaster figures revealed that 2008 was the third costliest year in the last 20 years. 2008 also marked the first year in which middle income countries were the main contributors of economic loss. According to Professor Debarati Guha-Sapir, Director of CRED, "As countries move up the development
ladder, their economic vulnerability tends to increase. Ideally, these countries need to invest more in disaster risk reduction measures if they want to better protect development gains."
The 2008 disasters in numbers fact sheet is available at http://unisdr.org
Posted by Unknown at 3:11 PM

Recharging the Grid with Electric Cars

January 21, 2009 // A utility in Delaware has taken a step toward a future in which electric cars store renewable energy to help make its use more widespread.

The city of Newark has approved a system called vehicle-to-grid (V2G), in which the battery pack in a car serves as a place to temporarily store energy from the power grid.

A big problem with renewable sources of power like solar or wind is that they only operate intermittently. For now, renewables provide such a small part of the total electricity supply that other sources can easily make up for the hours, minutes, or days when the wind isn't blowing and the sun isn't shining. But if we're ever to rely on them for a large part of our power, we'll need a cheap way to store the energy that they produce for when it's needed most.

The vehicle-to-grid concept suggests a way to store energy cheaply, since the batteries in electric cars have already been paid for. Most of the time, a car is just sitting around doing nothing. For short-term storage--needed to smooth out fluctuations in power from a wind turbine, for example--a utility could quickly charge a car (or, ideally, distribute a little charge to hundreds or thousands of cars) when the wind is blowing and then take that electricity back a few minutes later when the wind dies down. The more cars that are available, the more energy can be stored. Longer-term storage might also be possible: a car owner could charge up for a discount at night, provided she agreed to keep the car plugged in at work to supply extra power during peak power demand in the afternoon. More >>>

Unfortunately, here in the Cayman Islands, given the lack of incentives to generate our own electricity on our homes or businesses, technology like this will not be feasible without a change of government policy. At present the policy favours the incumbent generator and not the consumer or the country. Editor.
Posted by Unknown at 4:06 PM 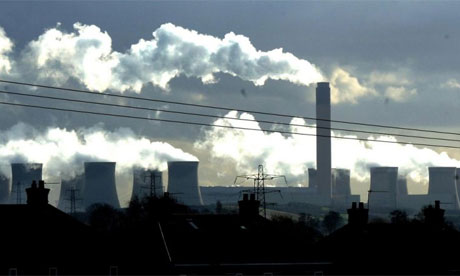 Thursday 26 June 2008 // Lord Stern believes £28bn may be need to tackle climate change. The author of an influential British government report arguing the world needed to spend just 1% of its wealth tackling climate change has warned that the cost of averting disaster has now doubled.

Lord Stern of Brentford made headlines in 2006 with a report that said countries needed to spend 1% of their GDP to stop greenhouse gases rising to dangerous levels. Failure to do this would lead to damage costing much more, the report warned - at least 5% and perhaps more than 20% of global GDP.

But speaking yesterday in London, Stern said evidence that climate change was happening faster than had been previously thought meant that emissions needed to be reduced even more sharply. More >>>
Posted by Unknown at 12:31 PM

Climate change in 2009: the defining issue

In an open letter, Tom Burke argues that the more immediate should not obscure the more urgent. Climate change must be at the forefront of the international agenda in 2009.

I am writing this letter to you because today is arguably the first day of the most important year in human history. I dislike the grandiose so the previous sentence was written reluctantly. Ideas do not seek permission before they enter your mind and they are not always the most welcome of guests.

The idea that this is the most important year in human history has been haunting me since yesterday. It was prompted by an article in the Financial Times in which the paper's columnists made predictions about the most important issues facing the world in 2009. Bravely, they passed judgement on the likelihood of everything from an early election in the United Kingdom (no) to the bombing of Iran; from the price of oil (higher) to the fall of Mugabe.

But it was what they did not say that really caught my attention. This was much reinforced by a cartoon in today's Guardian in which he pictured a rather cheerful looking Mr Earth holding an Obama balloon. Round his ankles were tied three balls and chain labelled "War", "Recession" and "Climate Change". The Financial Times dealt well with two of them. But it had nothing to say about climate change. More >>>

Tom Burke is a Founding Director of E3G, an Environmental Policy Adviser to Rio Tinto plc and a Visiting Professor at Imperial and University Colleges, London.
Posted by Unknown at 5:21 PM

Sea Level Rise Of One Meter Within 100 Years

ScienceDaily (Jan. 8, 2009) — New research indicates that the ocean could rise in the next 100 years to a meter higher than the current sea level – which is three times higher than predictions from the UN's Intergovernmental Panel on Climate Change, IPCC.

The groundbreaking new results from an international collaboration between researchers from the Niels Bohr Institute at the University of Copenhagen. More >>>
Posted by Unknown at 1:29 PM