It is time for the Cayman Islands to implement bike lanes? 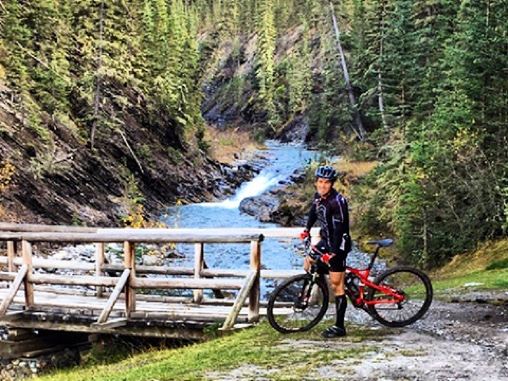 The 2004 winner of the Lou Marsh Trophy, given to Canada's top athlete, is himself a driver on some days, a bike-rider on others. He's not alone. "Most cyclists also spend time in a car, taxi or Uber," he explains. The goal isn't taking sides but finding a way for all road-users to move safely through the city. Toward that end, he supports separated bicycle lanes.

"If there's no lane, it's a scramble," says van Koeverden, who was once sent to hospital after being doored by a truck driver. "But when a lane's been installed there's an order to the road -- there's a place for cars and a place for bikes."

The two-time world champion and Olympic gold-medallist in sprint kayak likes what he sees in Europe. In Germany, Denmark and the Netherlands, for example, the relationship between automobiles and bikes is much less adversarial. There's "less 'us versus them'," he argues. There's an understanding that protected lanes also benefit drivers because "when I'm driving I don't want to hit a cyclist."

As well, European motorists realize that the more people use bikes, the less congestion there is for those taking the car.

Van Koeverden, 35, has been a Toronto cyclist since 2008. His motivation is largely pragmatic. "I use my bike a lot. It makes total sense to save money on parking and gas. It's just practical." In addition to using the bike for commuting, he enjoys riding dirt trails in the city's rugged Don Valley. "It's a little known fact that we have really, really good mountain biking in the heart of the city," he told the Metro newspaper in June.

As a kayaker, van Koeverden spends much time in lakes. Not surprisingly, he has a passion for water, sports and the environment -- issues he generously supports as an ambassador for WaterAid, Right to Play and the David Suzuki Foundation. His charitable work takes him across the country and around the world: Right to Play is supporting Indigenous youth in Canada; WaterAid is building wells in African nations.

Back home in Toronto, he's endorsing the Bloor bike lanes, which come to a council vote this fall. He hopes city hall will make the lanes -- currently a pilot -- into permanent features.

Asked what single message he'd send the mayor regarding the Bloor lanes, he answers succinctly, "Keep them." Their great value, he suggests, is building civic harmony. "I listen to experts and I haven't heard anyone dispute the value of peaceful co-existence between bicycles and autos." More