TEPIC, Mexico, Dec 13 (Thomson Reuters Foundation) - A group of Caribbean nations, many devastated by recent hurricanes, will work with companies, development banks and other organisations to curb damage from climate change and grow cleanly, under an action plan launched this week. 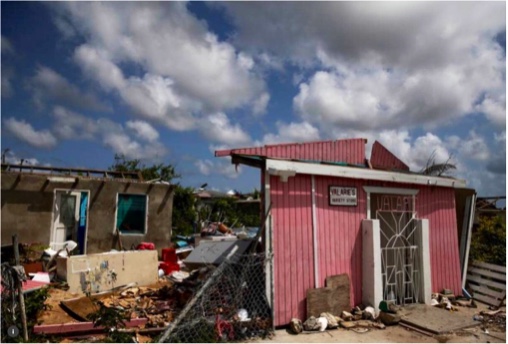 The countries aim to restructure up to $1 billion in debt to free up cash for coastal defences, switch from costly imported fuels to cheaper green energy, and buffer their communities and economies against the effects of global warming, including rising sea levels and heavier storms and floods.

Angus Friday, Grenada's ambassador to the United States, said the idea was to "inject a new DNA", breaking away from business-as-usual and bureaucratic measures so as to be able to act faster.

"Given the next hurricane season is just seven months around the corner, it's really important we move with the speed of climate change now," he told the Thomson Reuters Foundation by phone.

Hurricanes Maria and Irma left a trail of destruction as they crashed through the Caribbean earlier this year, and many low-lying nations fear their infrastructure and economies will be devastated by more powerful storms and encroaching seas.

With many economies in the region plagued by high levels of debt, Caribbean nations have been pushing for rich countries to help bolster their defences and in turn, protect livelihoods.

Eleven nations, including Jamaica, Grenada, Dominica and the British Virgin Islands, signed up to the plan to create a "climate-smart zone", unveiled at the "One Planet" summit in Paris on Tuesday.

The Caribbean region needs $8 billion to roll out national plans to tackle climate change under the 2015 Paris Agreement.

Around $1.3 billion has been pledged to help islands rebuild in the wake of the recent hurricanes, while a further $2.8 billion has been committed through longer-term investment and debt restructuring plans.

The Nature Conservancy, a U.S.-based environmental charity, wants to work with lenders and governments to find ways to restructure $1 billion in sovereign debt and free up funds to invest in the "blue economy", a statement said. More