What if we gave universal income to people in biodiversity hotpots? 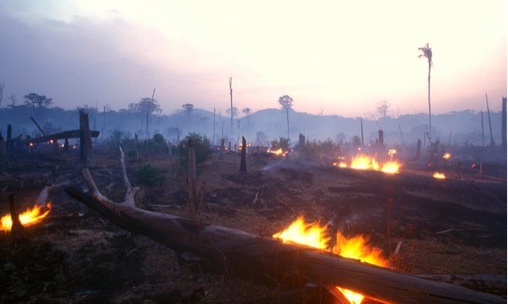 What if we gave universal income to people in biodiversity hotpots?

Writer and professor, Ashley Dawson, argues in his new book that capitalism is behind our current mass extinction crisis. But installing universal guaranteed income in biodiversity hotspots may be one remedy.

Around five hundred years ago, Europeans brought about the invention of modern day capitalism, a system that was rooted in colonialism, slavery and environmental destruction, according to Dawson.

“Capitalism is an economic system founded on ceaseless expansion,” Dawson, who specializes in Postcolonial studies, said. “It must grow at a compound rate or it will experience convulsive economic and social crises. The contradictions of this system are patently self-evident: an economic system based on infinite expansion must inevitably crash into the natural limits of finite ecosystems.”

Although capitalism has spread over the world in the last half millennium, Dawson argues it didn’t have to be this way.

“The global expansion of capitalism was not a deepening of some inherent human drive to environmental destruction, but a complete transformation in the foundation of human societies, the substitution of an ecocidal and genocidal system for the relatively sustainable social forms that preceded it.” More